The committee brings together 12 committed, enthusiastic and inspiring young people between the ages of 15 and 22. The youth committee's mandate is to ensure that Tel-jeunes remains inclusive, relevant and up-to-date in its communications, practices and content. 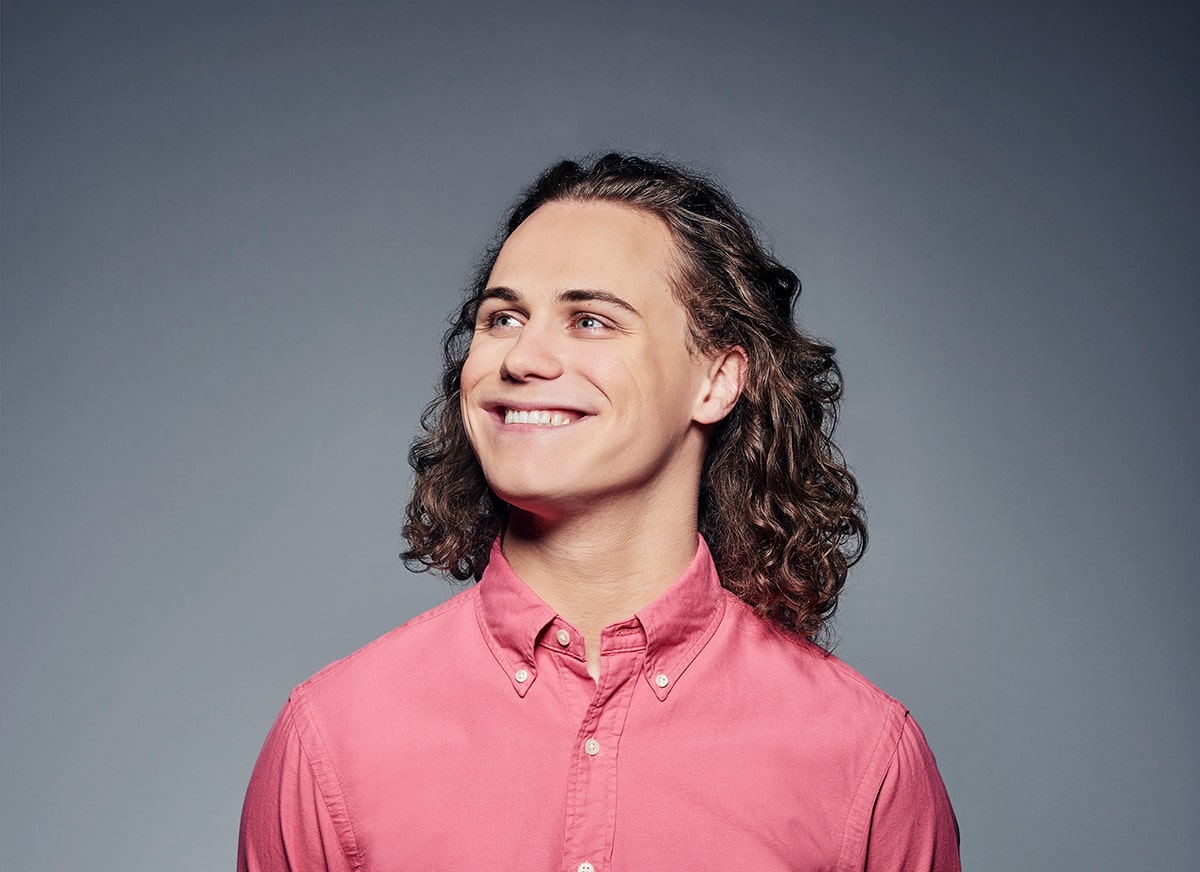 You probably know David Beaucage for his excellent and silly songs, his sketches and his stand-up comedy talent. He also appeared on youth television shows such as ALT, #5règles and Dans ton cell aired on Vrak.tv. He produces and hosts his own podcast, Drette sul’tape, in which he conducts extensive interviews with personalities closely or distantly associated to the game of field hockey.

David is an intelligent, sensitive guy who takes a critical look on social issues that surround us. And he does so with humor (obviously!), and humility. It is an honor to welcome him as our sponsor for the youth committee this year. He will support the youth in their projects and shed light on their actions.

I have always liked the Tel-jeunes approach, where a voice is directly given to young people, as the existence of the committee demonstrates. I am really looking forward to meeting the members, to know what they want to say, to discover their perspectives on the world and their real aspirations. I also consider myself very lucky to be able to accompany them during the year in this awesome adventure. Anyway, I can’t wait! 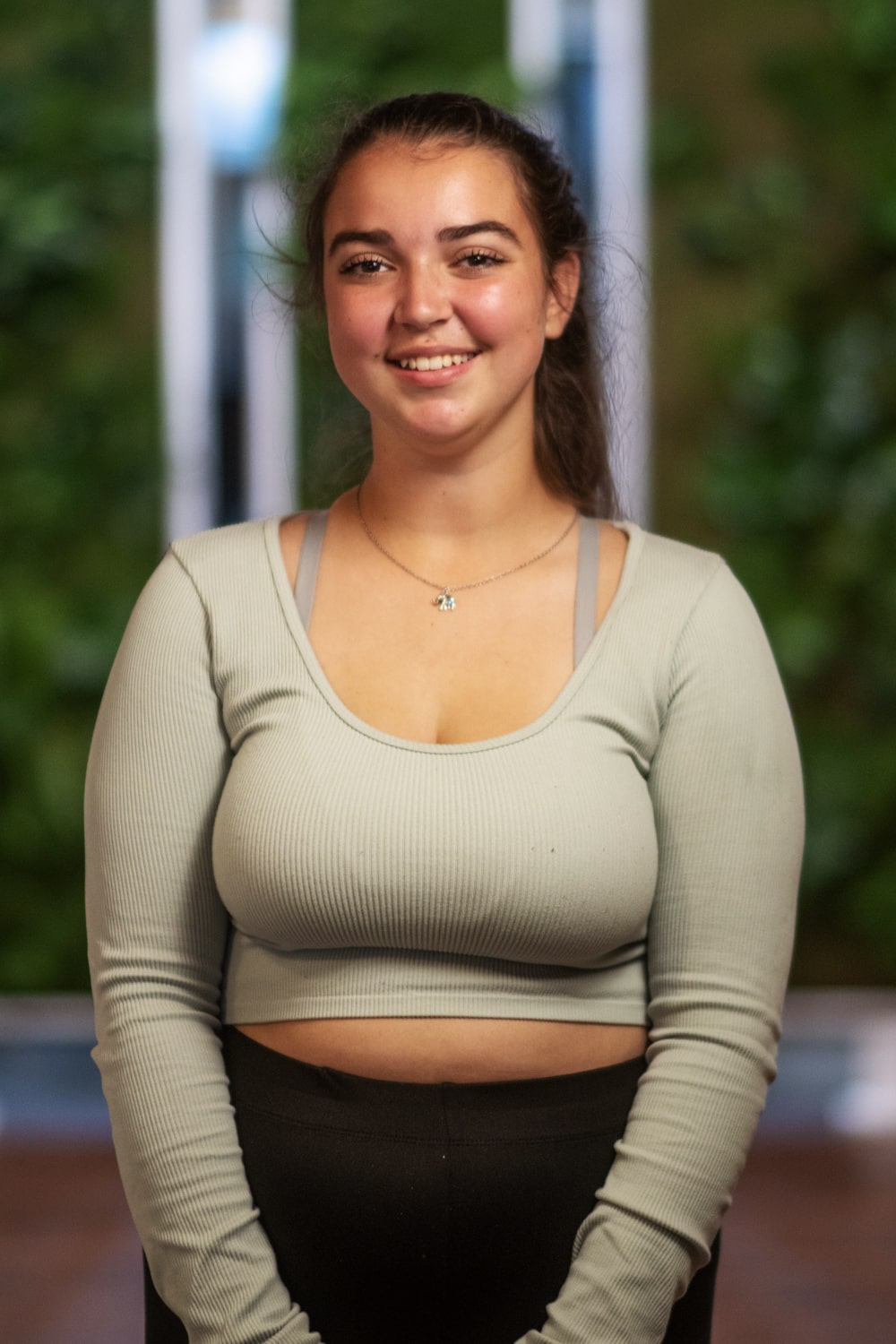 Alice always has music playing in her ears, which is what motivates her and gives her energy. A great musician, she plays four instruments and the stage is where she feels best. Her favorite artist is Jay Scott. Outgoing and involved, she contributes to the student newspaper of her school. She works with the youth committee so that young people can be heard and better understood. 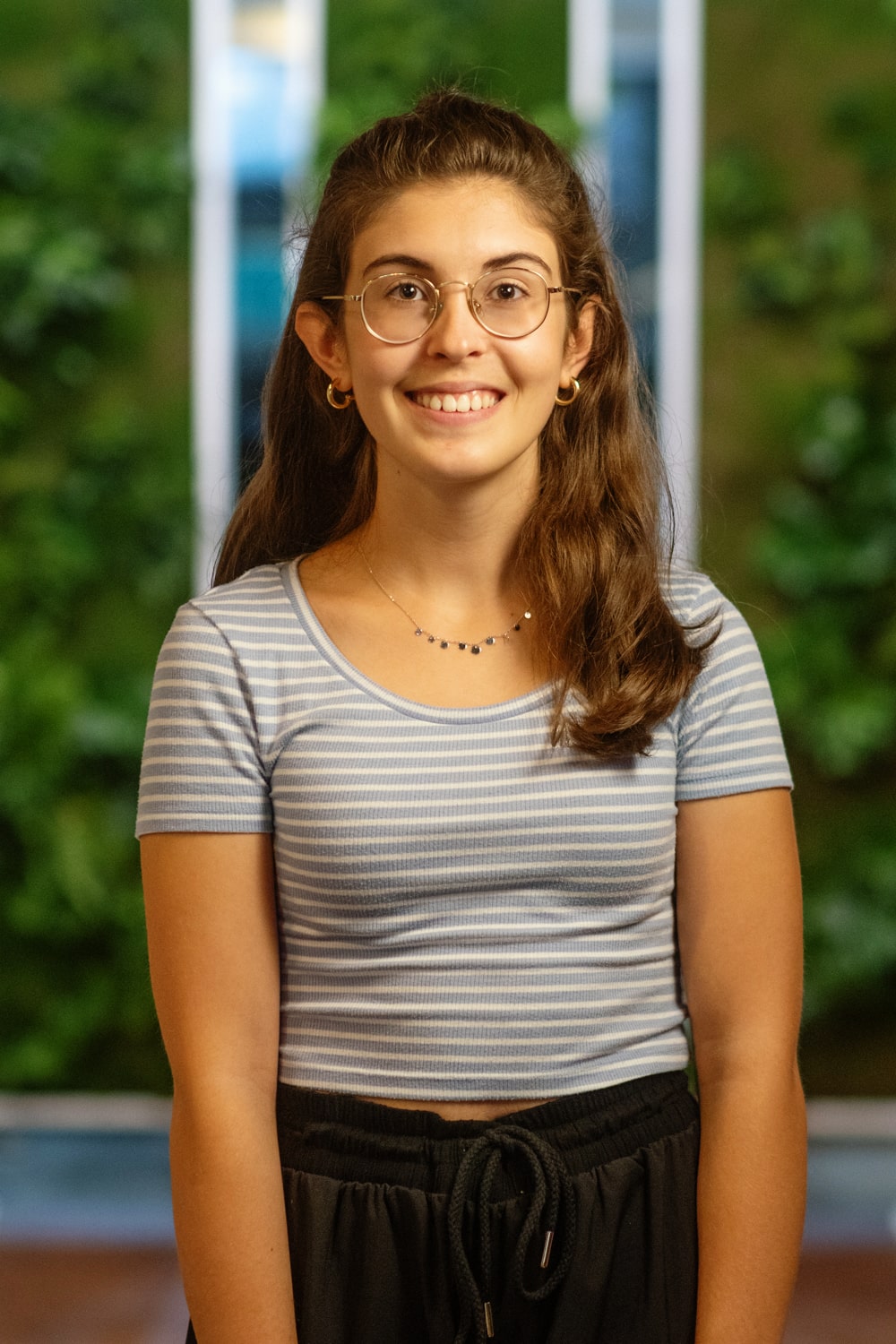 From Maria in Gaspesie, Anna feels good when she is by the sea. Empathetic, caring and often lost in her thoughts and very persevering. Anna dreams of a more open-minded world where people are accepted without having to fit a mold. Passionate about cooking, she likes pasta and would like to learn how to decorate pastries. She wants to shed light on young people’s voices, help them, support them and make a difference. 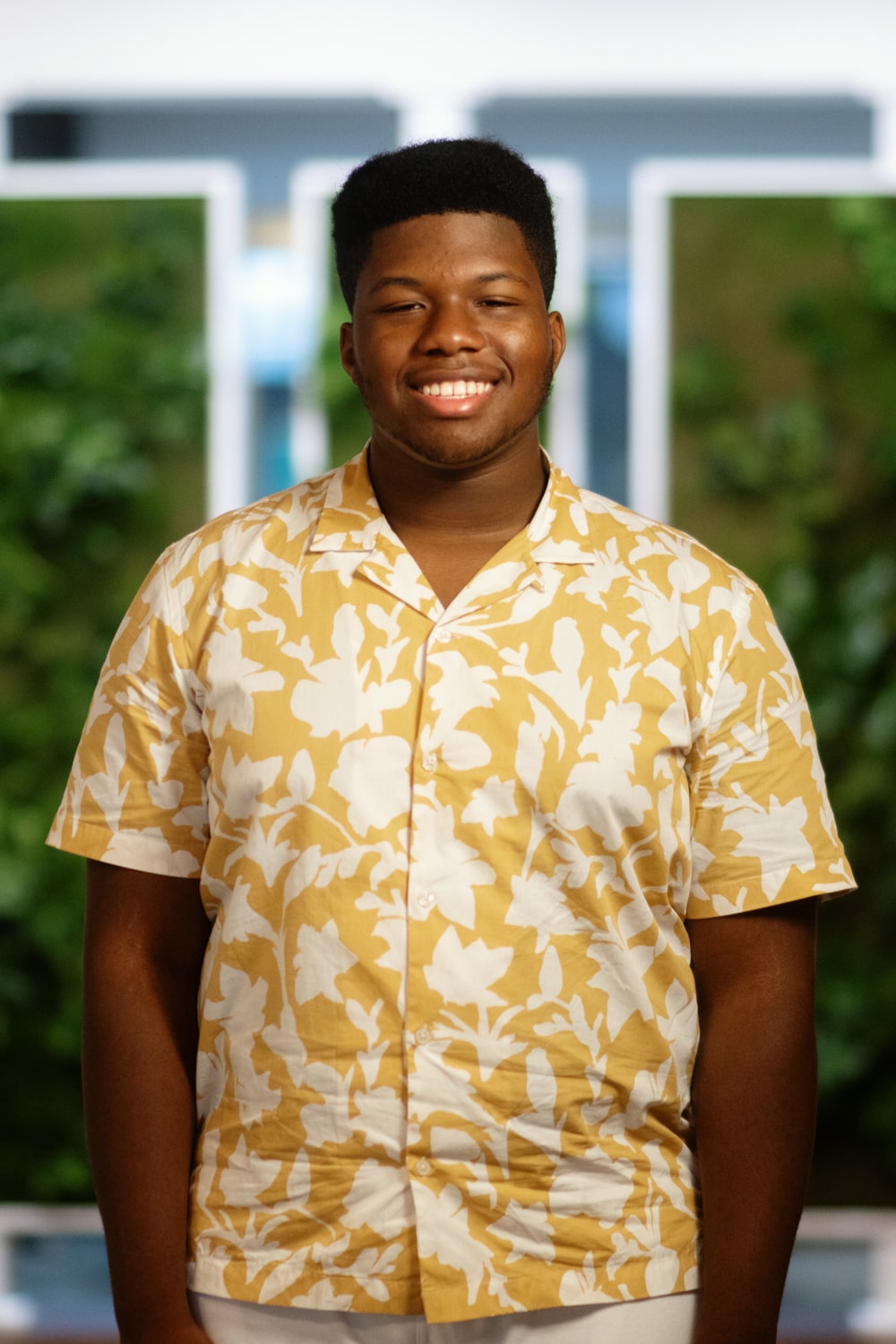 Cédrick is dedicated, social and extraverted. His involvement in several committees, including his school’s environment committee, and his participation in many sports, such as football and flag football motivate him and help fuel his energy. Cedrick hopes that the future generation will be even more open and enlightened than the previous ones. He wants the voice of the youth to be heard, because he believes that they don’t often have the chance to express their opinions and speak about their needs without judgment. 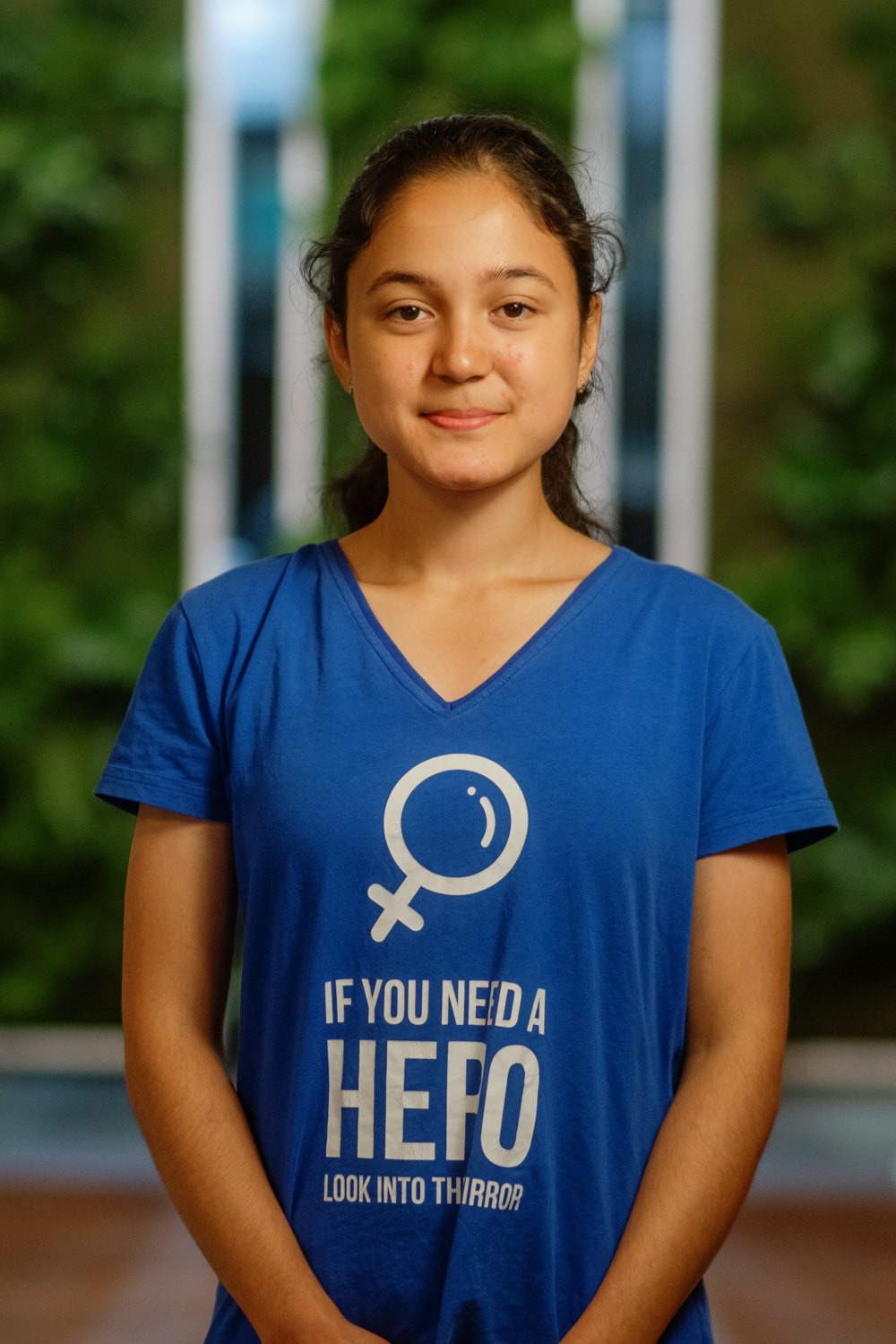 Dilinur is born in Uzbekistan. Persevering, open-minded and generous; she feels best when she is surrounded by people she loves. Seeing the smile of others’ faces and the beauties of the world motivate her and give her energy. She wants to shed light on young people’s voice, because she believes that everyone deserves to be heard, including the youth who are building the future. 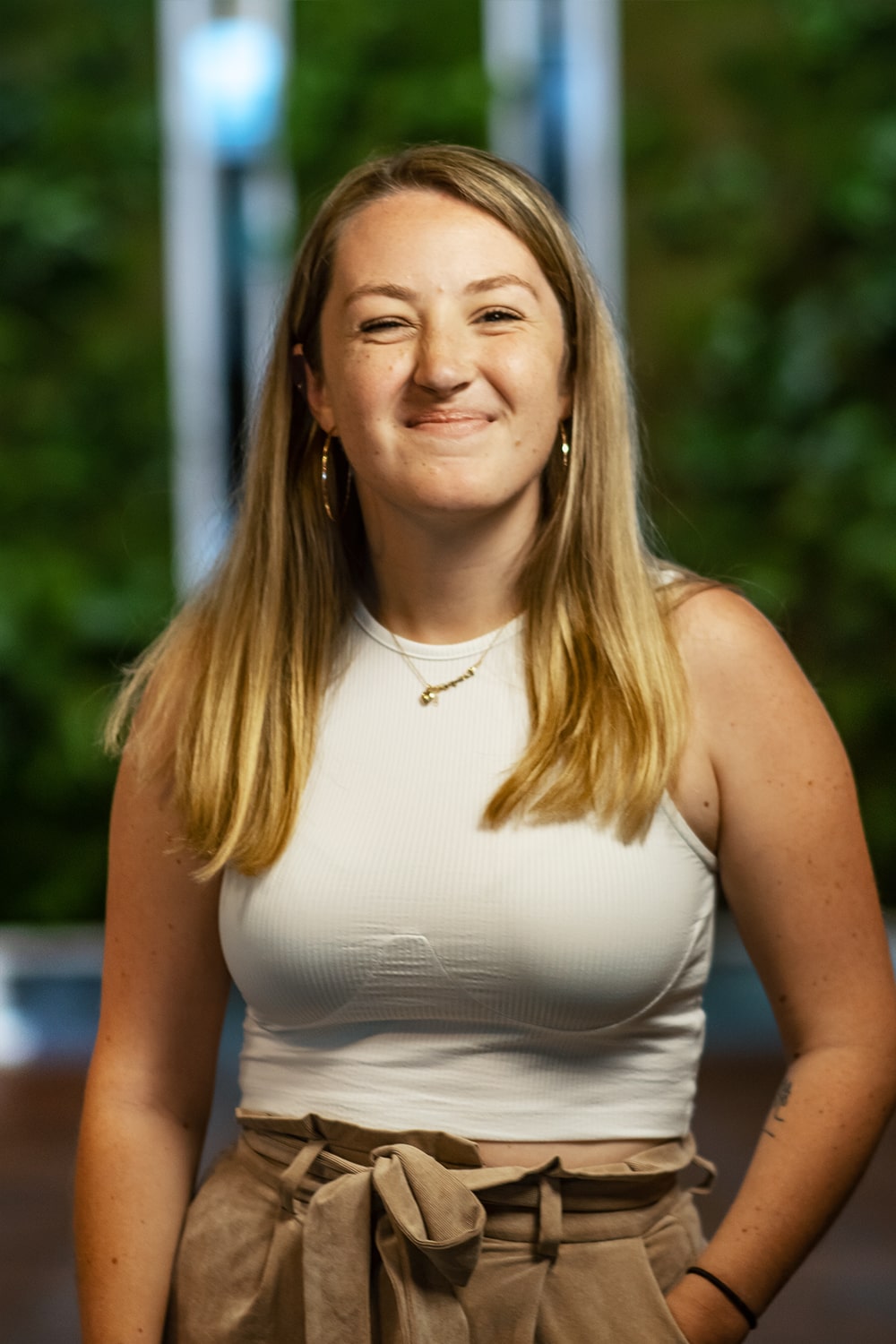 Flavie is creative, happy and compassionate. She loves music and musical comedies. She would like to learn the guitar and makes a good impression of Celine Dion. A journalism student, she has already written articles for several media. She brings to the youth committee a lot of energy and creativity; she wants to bring young people’s voices to the forefront, because she believes that it’s important to pass on what we’ve learned over the years. 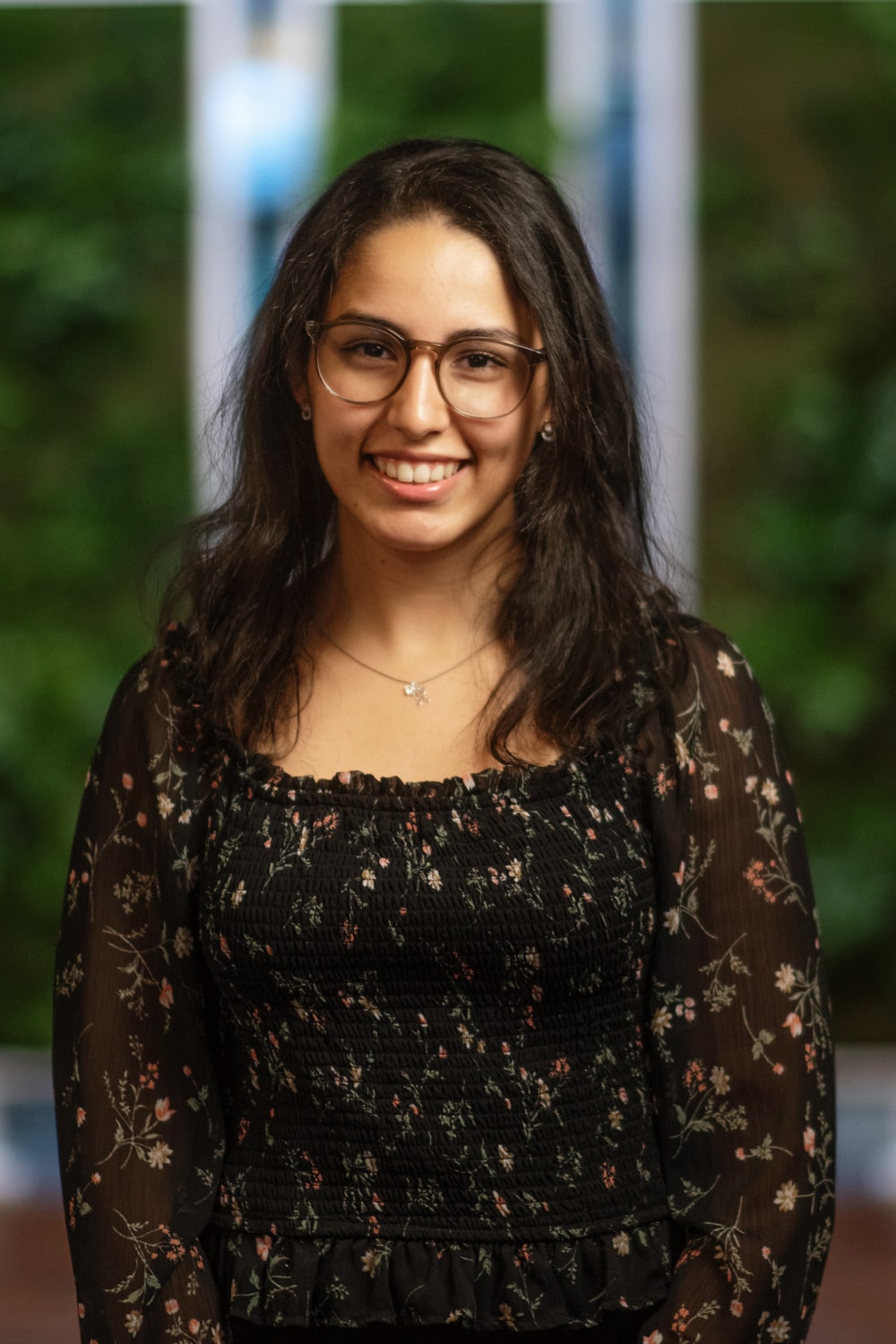 Polyglot, Hind speaks French, English, Arab and a little bit of Spanish. She also has a real talent for drawing and creates magnificent fictional characters. Caring, dynamic and studious, she is proud of her academic background. For the future, Hind hopes to see more awareness and action taken about climate change and the importance of psychological well-being. She is involved in the youth committee to help young people discover themselves and find confidence. 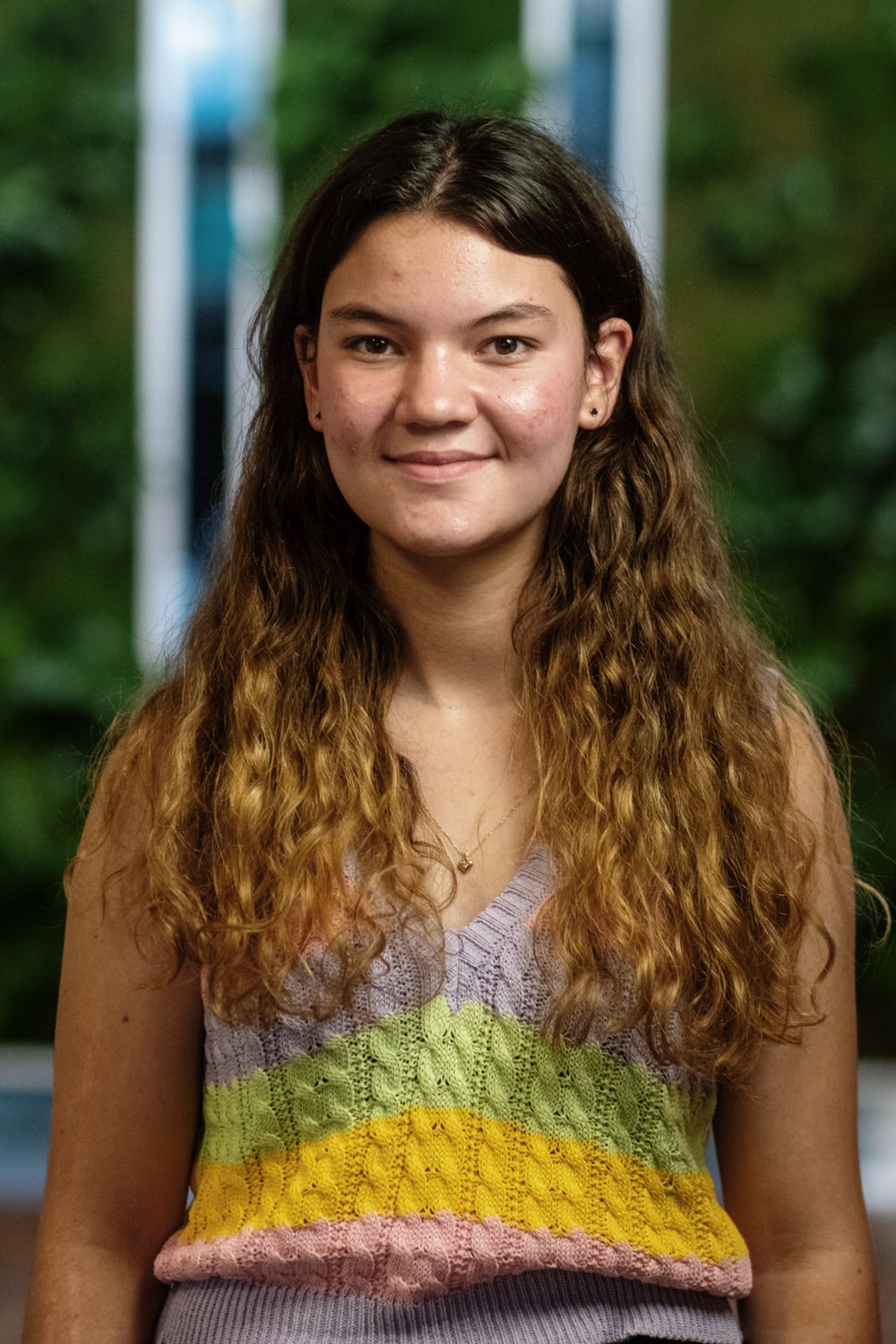 Juliette does improv and she loves it. She also loves her player number, 72! She has a great talent for lip-syncing and would like to learn sign language. She dreams of a future without violence nor discrimination. She joins the youth committee to bring her point of view and her experience. 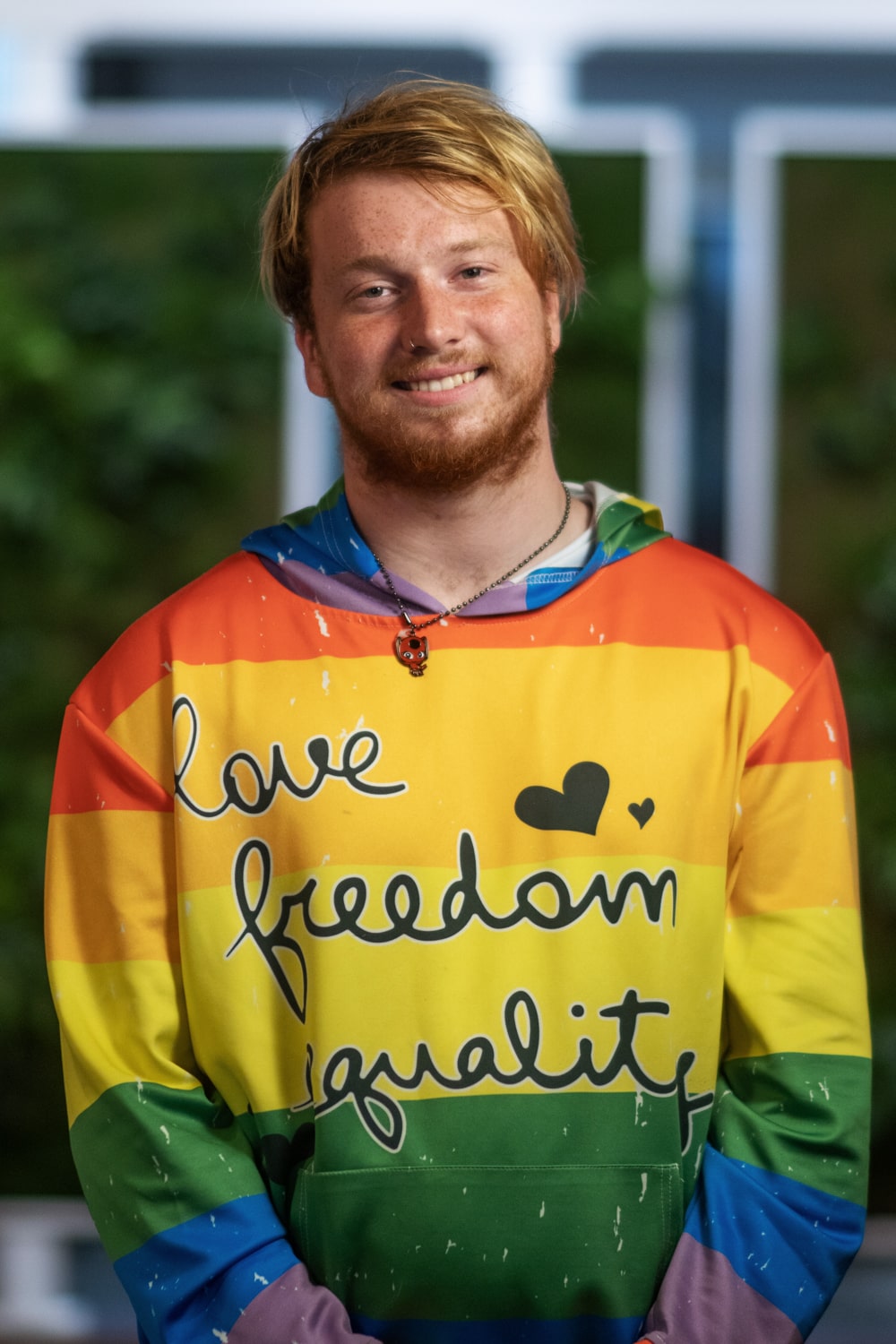 Proud member of the LGBTQ community, Marc-Antoine is a colorful person, authentic and open-minded who defies conventions. He loves romance movies, photography, lasagna and Cardi B’s music. He hates people who judge others. Very involved in youth centers in his region, Marc-Antoine is motivated by his involvement in these organizations. In the future, he would like to pursue studies in photography and in intervention in order to use his passion to help others. 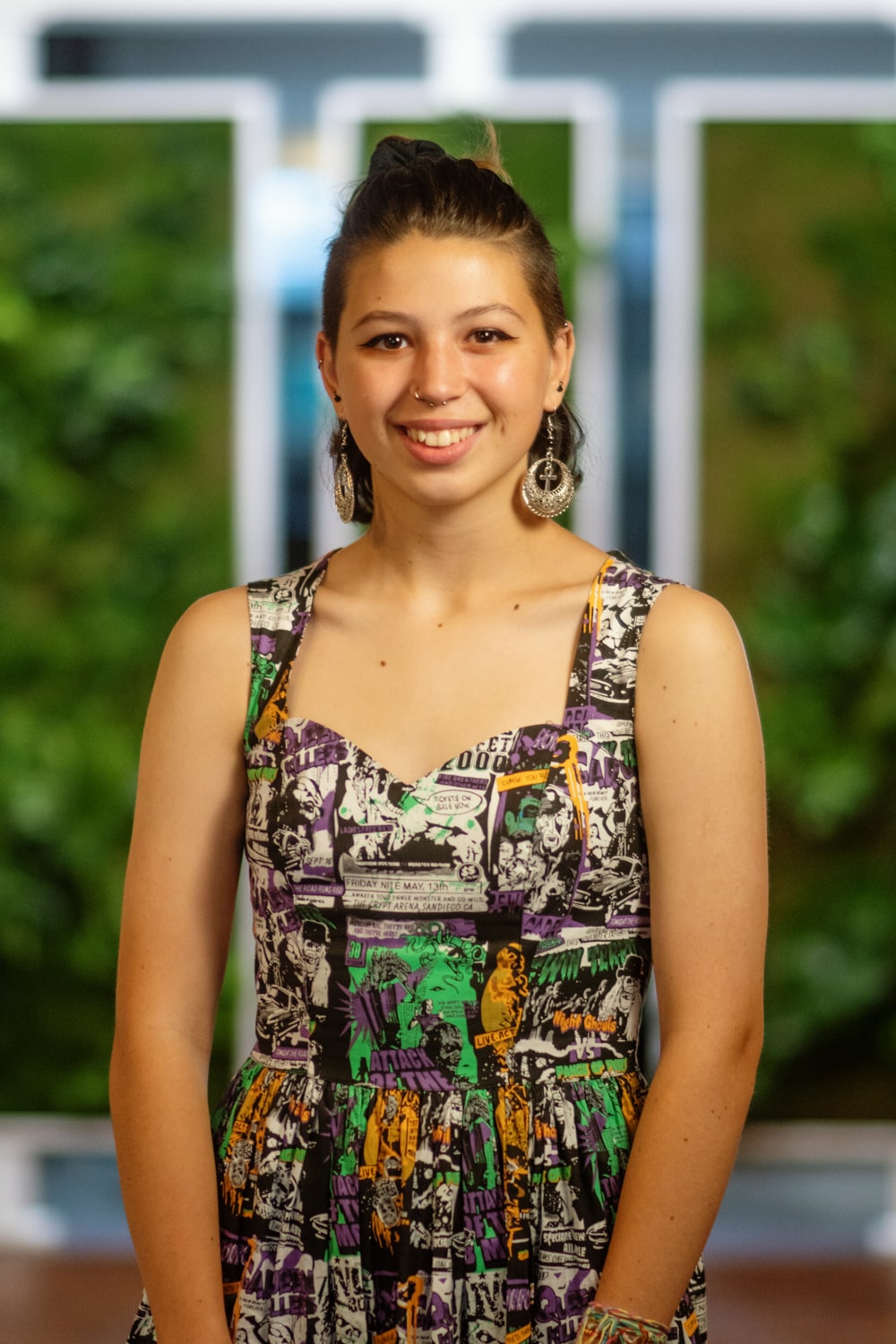 Artistic, involved and empathetic, Mathilde knows how to listen to others. She enjoys being in the woods. She dreams of a more equal world and hates lack of respect. Passionate people are a source of motivation for her. She is proud to assume her style and his originality. 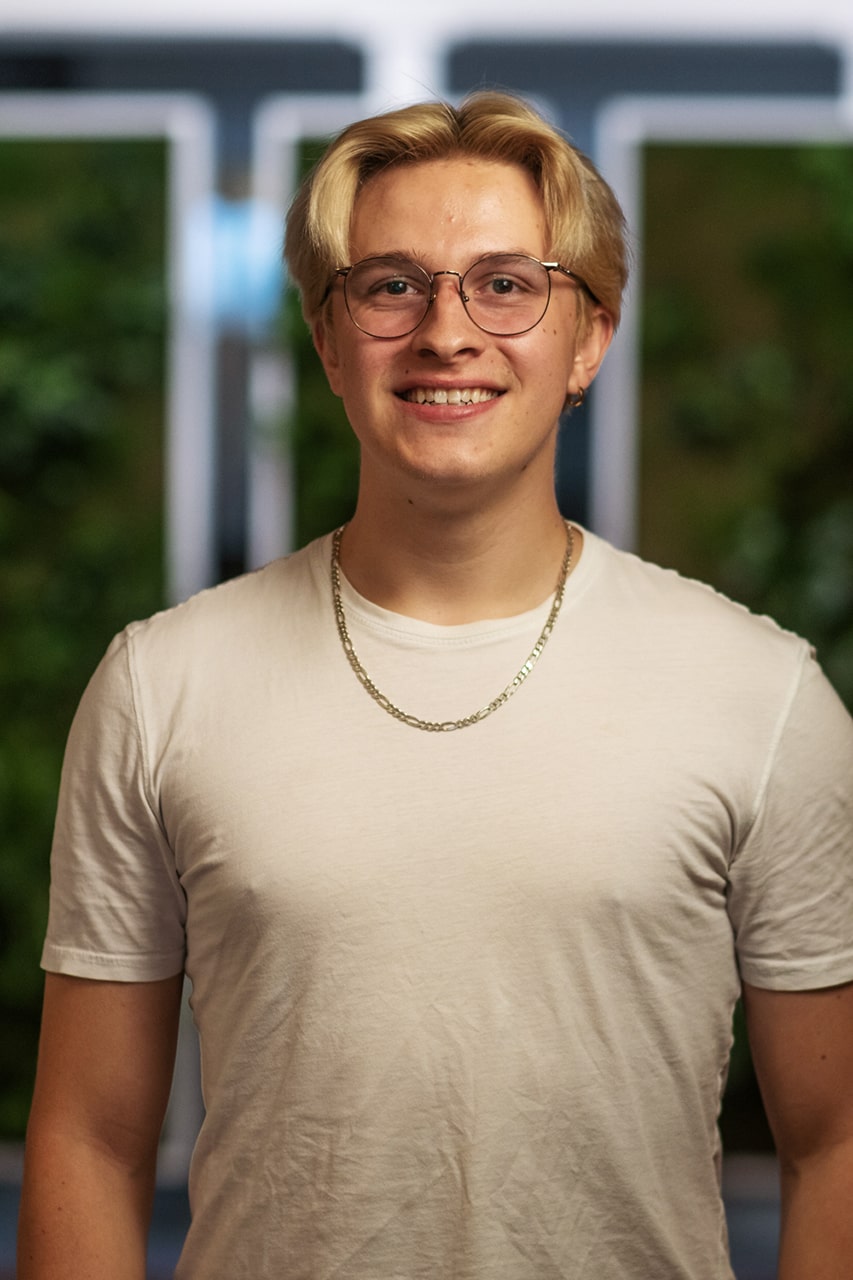 Dynamic and unifying, Olivier can touch his nose with his tongue. He likes spaghetti, science-fiction movies and would like to meet Aristotle to talk about philosophy. His hope for the future is to turn the tide of climate change. He is proud to be the person he really wants and would like to bring initiative to the youth committee. 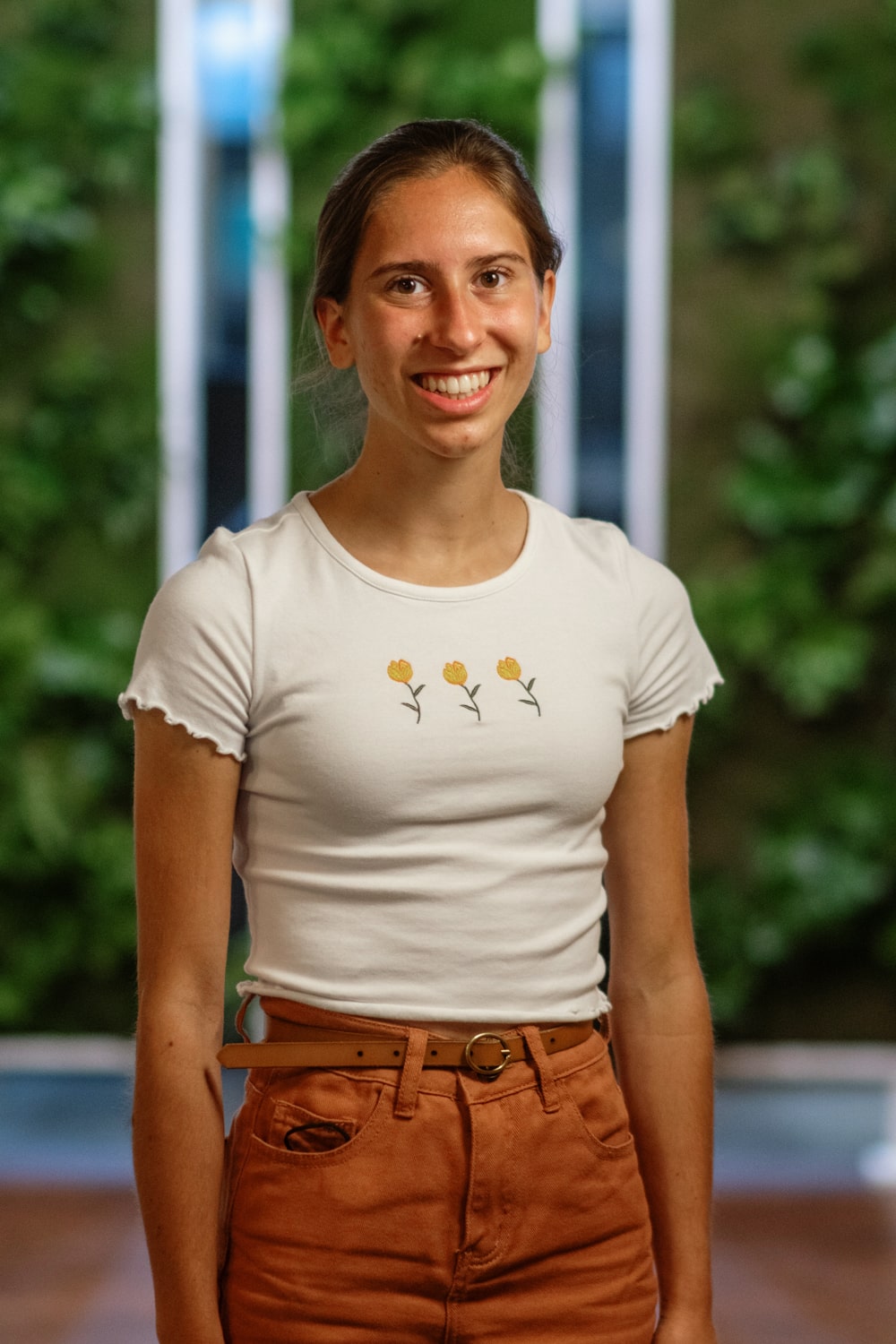 Persevering, cheerful and very athletic, Sofia plays soccer since her childhood, futsal, does skateboarding and would like to learn how to surf. For the future, she hopes to see changes that leads to an ecological transition. Mutual aid is a value that she holds close to her heart. She wants to shed light on young people’s voices, because they have the future in their hands and have a lot of innovative ideas. She hopes to bring commitment, creativity and dynamism to the committee.